Guiding traffic toward Redmond, the South Segment acts a gateway to the City. For many, the interchange at US 97 and Yew Avenue signifies the official entrance into Redmond, the regional airport and more. Because of that, proposals have been made to incorporate themes found in Redmond here, with signage or monuments that signal arrival into the city.

Some improvements from other segments may be corridor-wide, extending into South Segment. 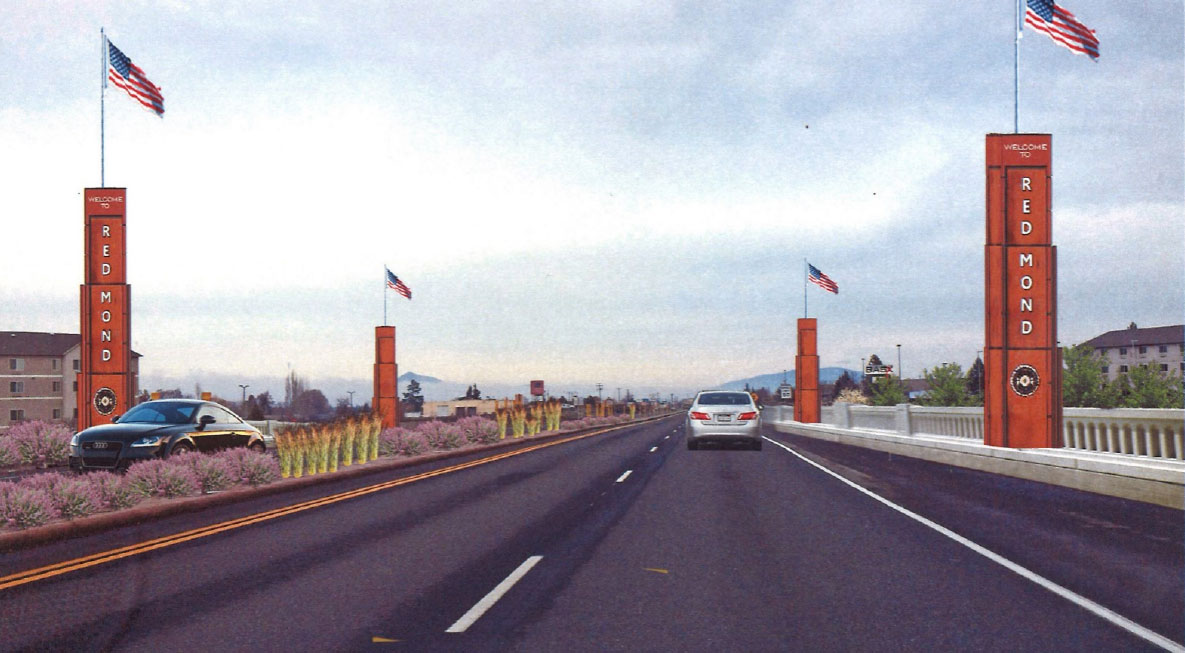