Discussions about the US 97 South Redmond Corridor have been underway for several years as traffic on the highway and tourism in Redmond have been steadily increasing, posing the need for improvements. In 2010, the Oregon Department of Transportation (ODOT), the City of Redmond, and local committees began to study the highway and make recommendations to accommodate its growing use in the Redmond South US 97 Corridor Plan. Design efforts included a two-day charrette in 2013 involving local engineers, planners and community members, followed by a partnership with the University of Oregon’s College of Design in 2015. All of these efforts have resulted in the design concepts being considered today.

The consensus was a vision for the future of the US 97 South Redmond Corridor, which includes:

Since then, the community has been working toward this vision by looking at concepts to improve access to businesses, beautify the highway, enhance corridor safety, create biker- and pedestrian-friendly routes, and develop connectivity between the east and west sides of the corridor. Through collaboration, a preferred concept has now been selected for further refinement. At this point in time, the project is not funded; as concepts are selected, funding will need to be incorporated into future plans.

We can’t do this without help from the community and surrounding businesses. We want to hear from those who are impacted by the highway so that we can better improve it. On this site, you’ll find numerous ways to offer feedback or get involved in the project. 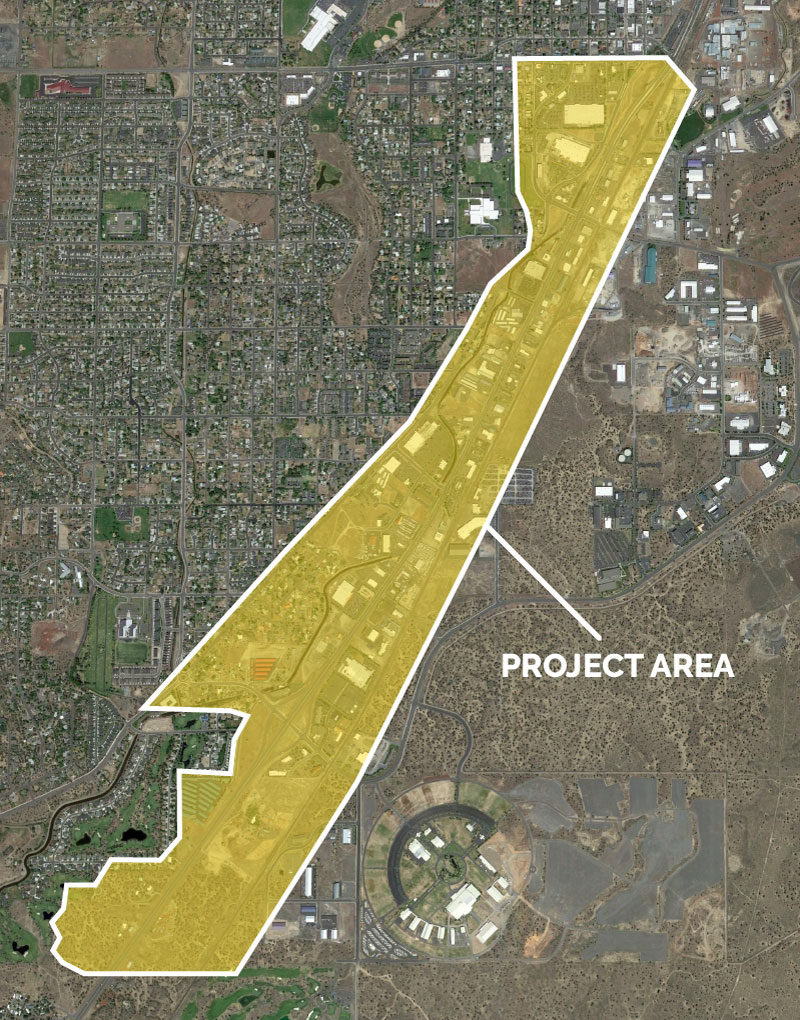